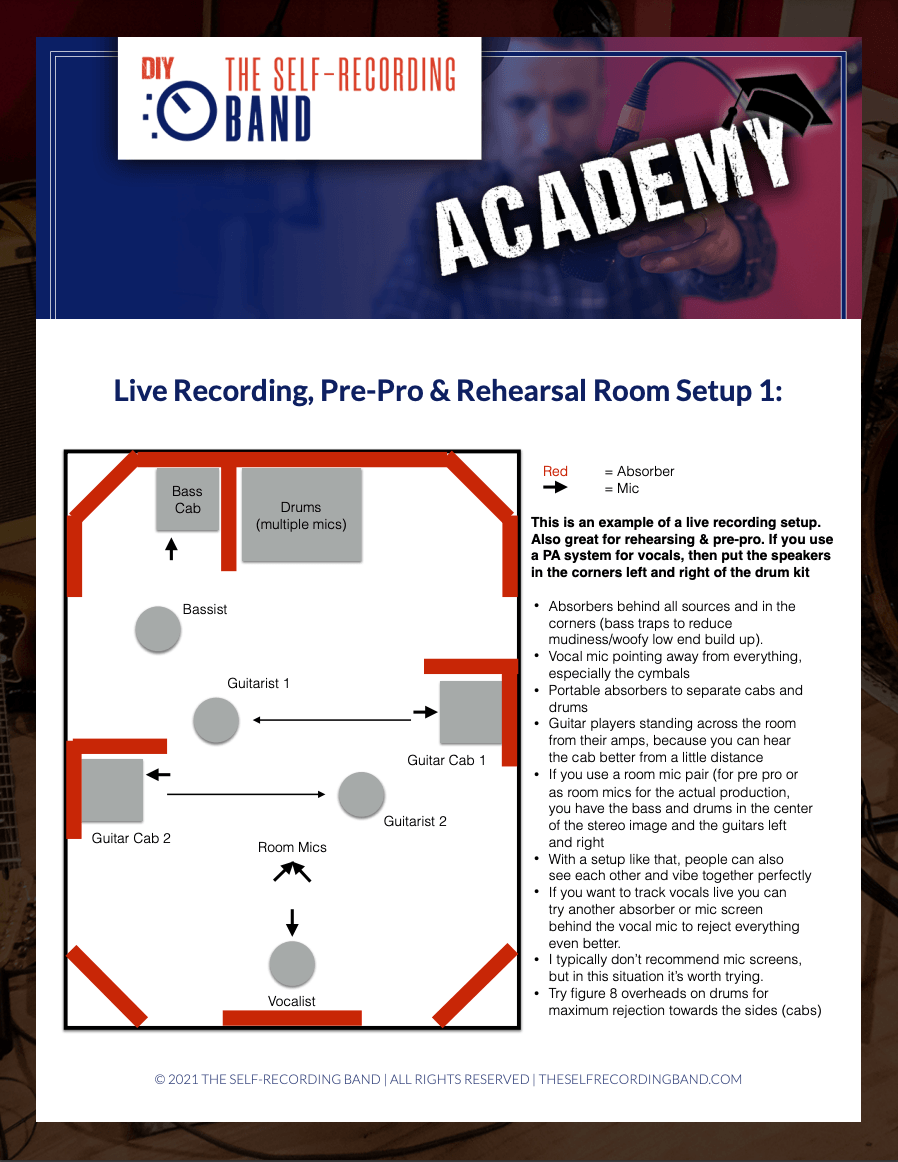 The Ultimate Live Recording Setup For Your Jam Space

Starting out in 2007 he's been recording his own bands out of necessity and soon discovered his passion for it. This led to a full time career producing and mixing records for bands from every single continent that got released on labels worldwide.

In addition to that, there are already dozens of success stories from DIY-bands that Benedikt personally coached through the recording process and hundreds from bands who have implemented what he teaches in his content and courses. He's on a mission to save you all the headache and to help you make your next release a success story, too!